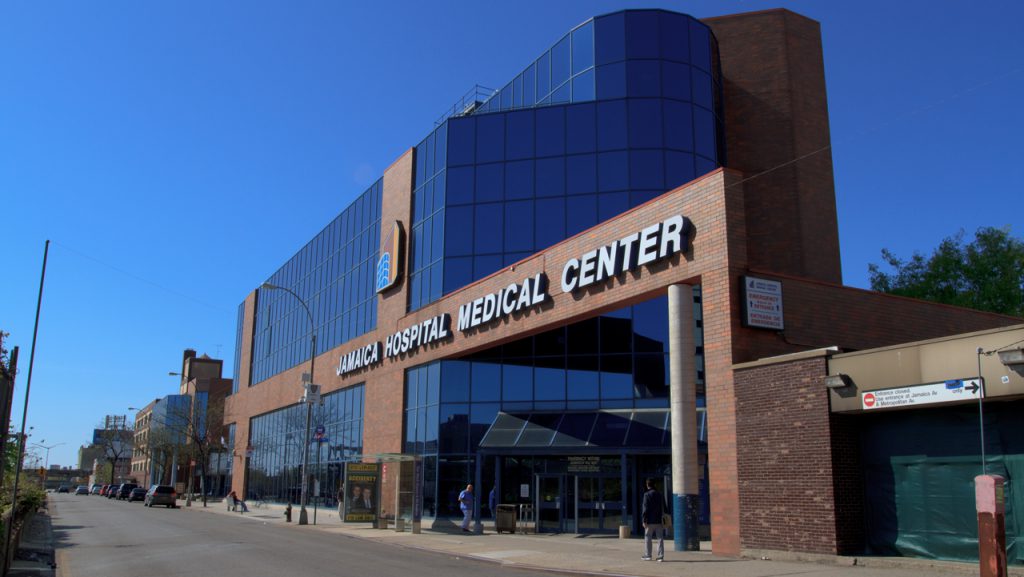 Established in 1891 in a rented four-bedroom home in Jamaica, Queens, Jamaica Hospital Medical Center’s growth has been remarkable. Through commitment to our mission and collaboration with community residents, businesses and other groups we have strengthened and expanded the hospital’s services. 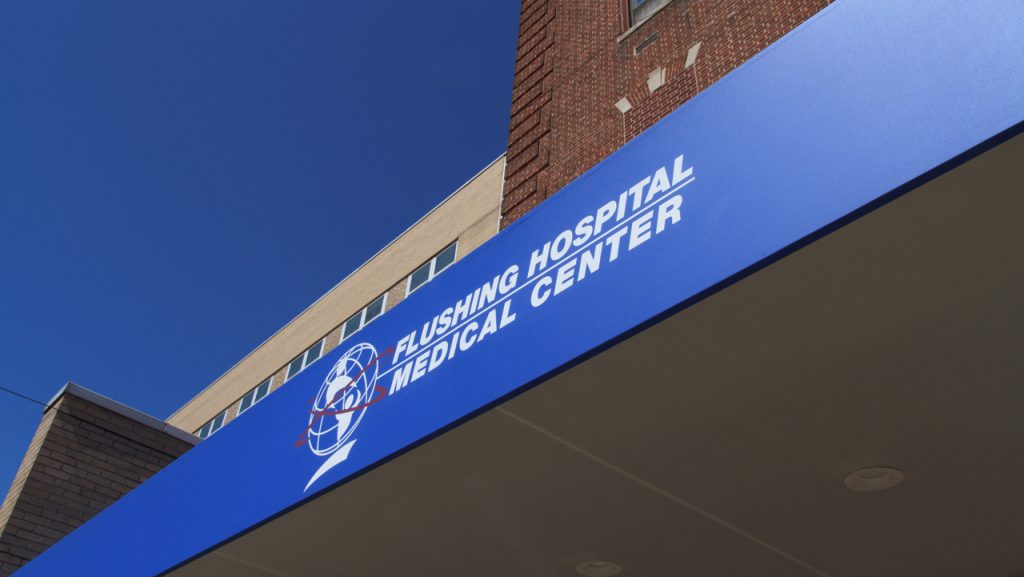 Founded in 1884 by a group of community minded women who set up a room with one bed in a rented house, Flushing Hospital Medical Center (FHMC) today is a 293-bed voluntary, not-for-profit teaching hospital. The medical center, located in the city's most culturally diverse borough, has served the health care needs of the community for more than a century, and has, over the years, become a solid and vital part of the infrastructure of the city itself. 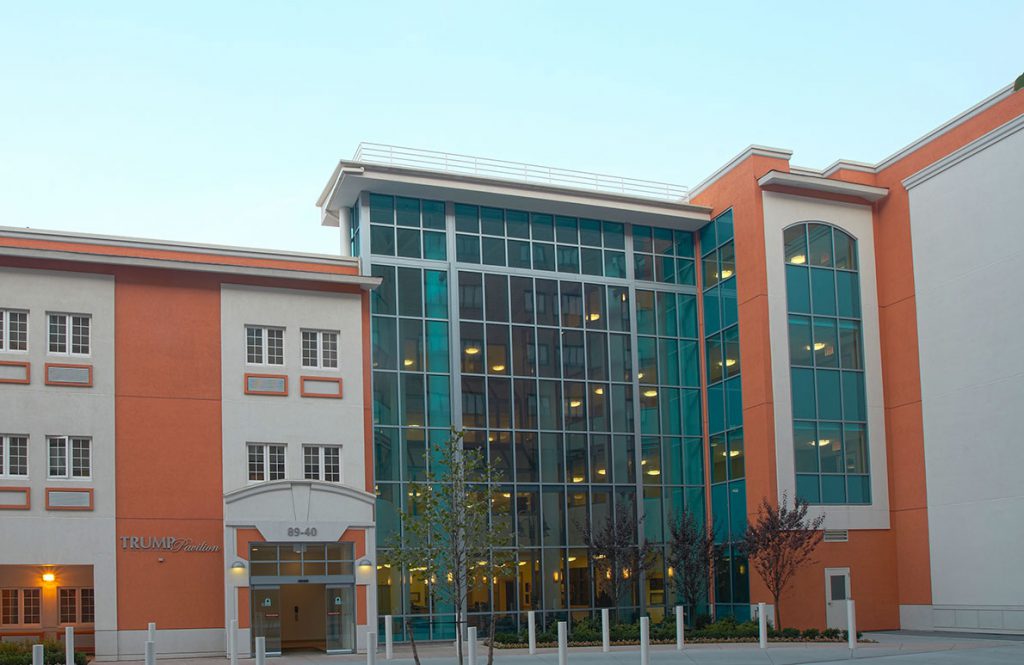 Trump Pavilion for Nursing and Rehabilitation was built in 1975 and named after Mary Trump, mother of businessman/investor Donald Trump. Originally a 204-bed facility, Trump Pavilion has built its reputation, from the very beginning, as one of the finest nursing and rehabilitation centers in Queens. 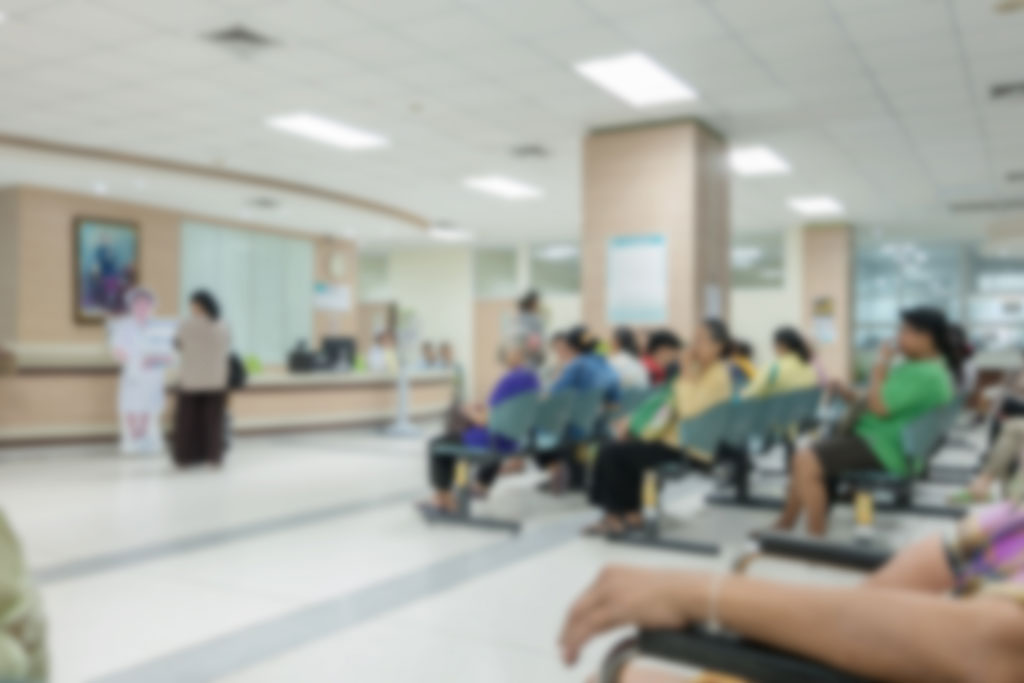 The James and Sarah Brady Institute for Traumatic Brain Injury

The inpatient coma recovery and Traumatic Brain Injury unit (TBI) is a 20- bed facility. The unit opened in 1994 as one of the first facilities for brain injury in NYC and was named after James Brady and his wife Sarah. Mr. Brady, former White House Press Secretary for Ronald Reagan, suffered a severe brain injury in 1981 after receiving a gunshot wound to the head. He continued his job at the White House and exemplifies the kind of recovery The Brady Institute hopes to inspire. 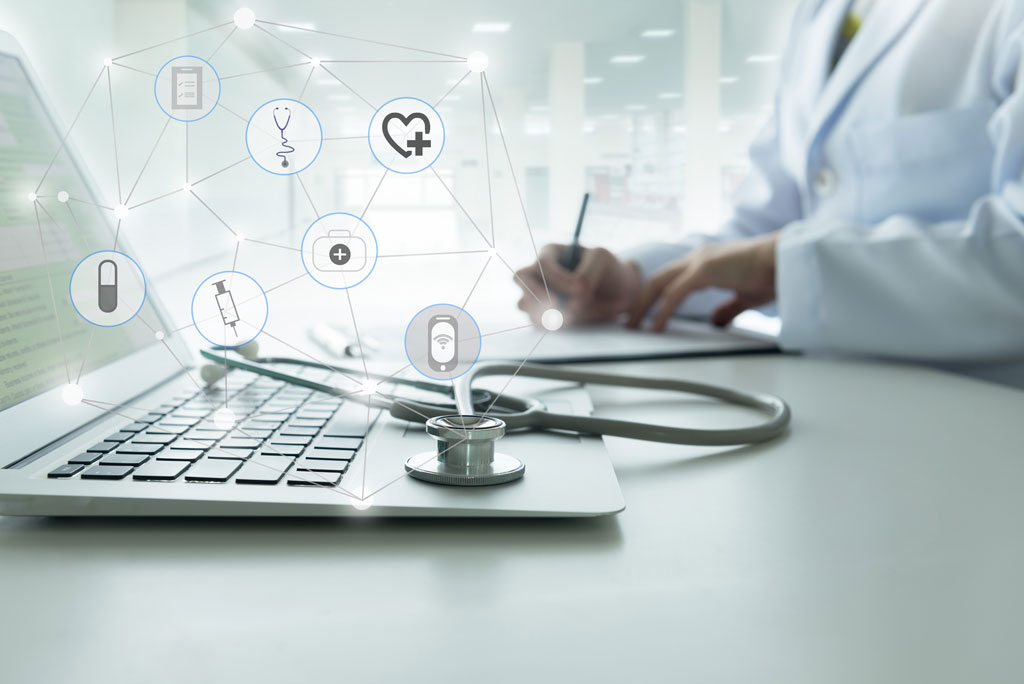 The MediSys Family Care Centers make up a part of our Ambulatory Care Strategy. Providing primary and specialty care right in the neighborhood, they provide hundreds of thousands with critically necessary, medical services. 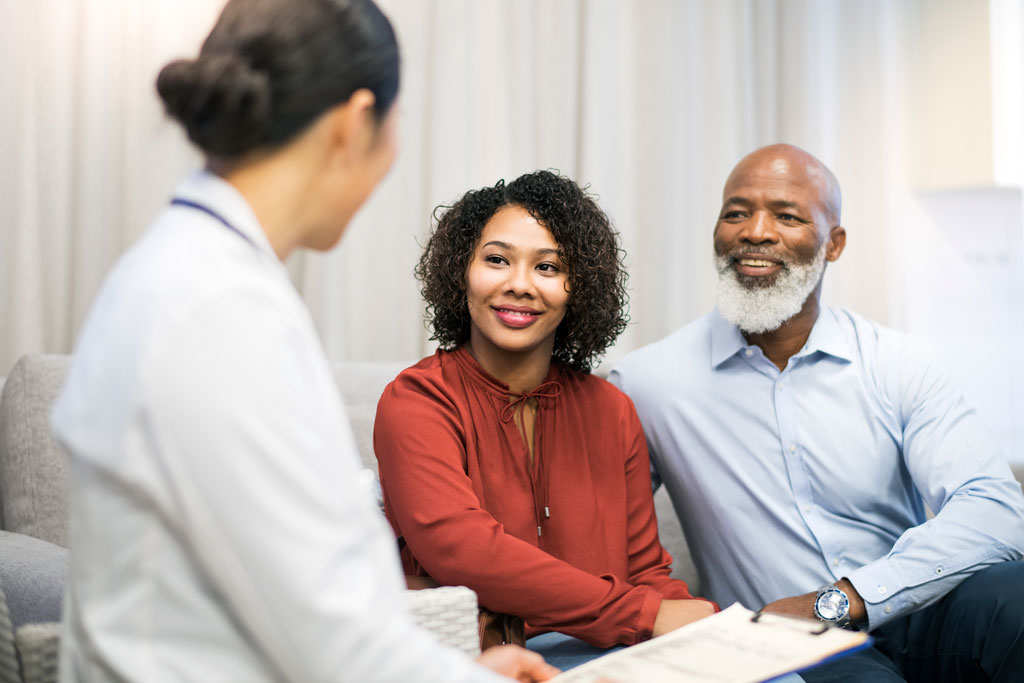 The Advanced Center for Psychotherapy

After therapy at ACP, people feel better about themselves and their lives. You and your family can feel the same.

We provide professional counseling to: Adults, Young Children and Adolescents as well as the Elderly. 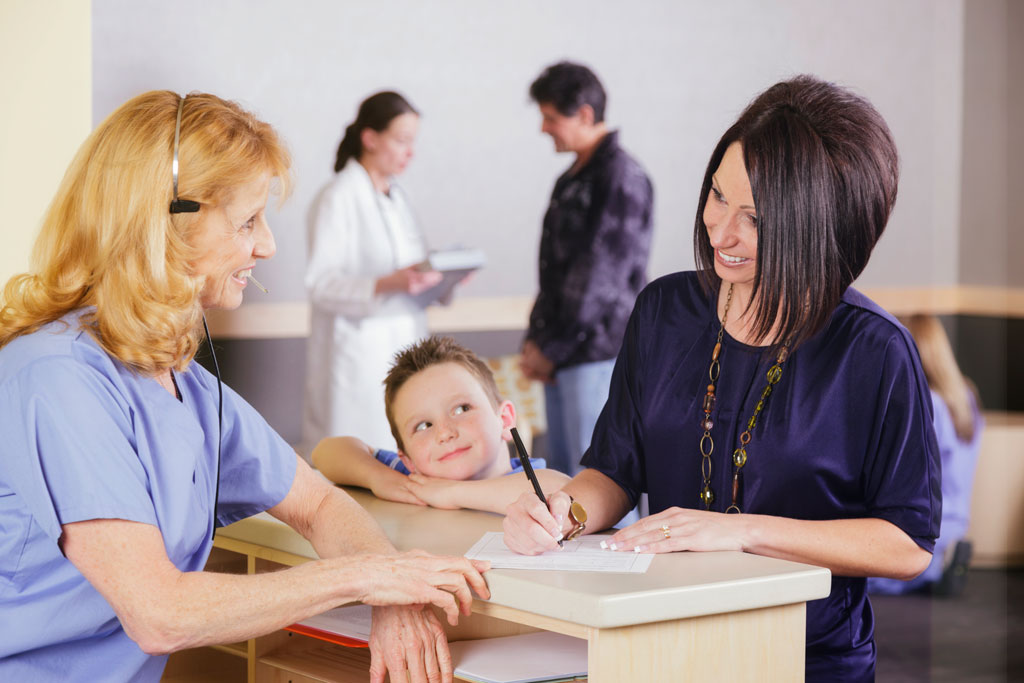 Jamaica Hospital Medical Center in Queens is delivering an innovative integrative care model for recovering coronavirus patients. The hospital’s Post-COVID Care Center is going beyond routine medical evaluation to identify the underlying aspects of a patient’s life that may be affecting their recovery. During the initial evaluation, physicians are analyzing the broad range of symptoms that COVID-19 “long-hauler” patients are living with and promoting healing through an individualized, whole-person approach. Read more about Jamaica Hospital Medical Center Uses Novel Integrative Health Approach for Post-COVID Care[…]

During the early stages of the COVID-19 pandemic, most health authorities were operating under the belief that the virus, while extremely dangerous for some, was a short-term illness. Most young, healthy individuals who tested positive for the coronavirus were told to expect to sustain a variety of symptoms that could last anywhere from two to six weeks. Now however, doctors are seeing a growing number of patients who are enduring lingering symptoms for an extended period of time. These patients are now being referred to as “Long Haulers.” Read more about MediSys Health Network Announces Opening of Community Post-COVID Care Center […]

On March 11, Jamaica Hospital Medical Center received confirmation from the NYC DOH that one of our patients tested positive for COVID-19. This is the first confirmed case at our hospital. As a hospital in close proximity to JFK Airport and one that treats an ethnically diverse population, Jamaica Hospital has a great deal of experience treating a variety of contagious diseases Read more about Jamaica Hospital Confirms First Case of COVID-19[…]

There are over 5,000 hospitals in the United States, so to be listed as one of the top 250 in the country is quite an accomplishment. Healthgrades, a leading resource that connects consumers, physicians and health systems, announced its list of America’s 250 Best Hospitals for 2020 and Jamaica Hospital Medical Center was one of only a select few in New York City to be recognized. Read more about Jamaica Hospital Makes America's 250 Best Hospitals List[…]

A first responder is defined as someone designated or trained to respond to an emergency. While many individuals fit this description, some of the most vital to our community are the brave men and women of the New York City Police Department. The officers of the NYPD’s Patrol Borough Queens South respond to thousands of calls each day that often involve situations that require the emergency medical care of Jamaica Hospital Medical Center’s Trauma Department. Read more about NYPD Recognizes Jamaica Hospital’s Trauma Department For Its Service to the Community[…]

Jamaica Hospital Medical Center is proud to announce that its Emergency Department recently received Clinical Ultrasound Accreditation by the American College of Emergency Physicians (ACEP). Clinical ultrasound is the real-time performance and interpretation of ultrasound by a physician at the bedside to diagnose, monitor, and treat medical conditions. Read more about Jamaica Hospital's ER Earns Clinical Ultrasound Accreditation[…]

The average American is living longer now than ever before, and while this is very good news, it does require the healthcare industry to adapt to caring for a growing senior population. Senior citizens utilize the hospital system at higher rates than non-seniors and they often require treatment for multiple chronic conditions. While seniors make contact with the healthcare system at many different points of care, the place where they most often receive their care is in the Emergency Department. Read more about Jamaica Hospital Receives Geriatric Emergency Department Accreditation[…]

An average day for President Scott Molina and May Uri, Vice President of Human Resources at Resorts World Casino New York City involves long hours filled with planning and executing business objectives. Due to their hectic schedules, time is extremely valuable and scarce. However, on April 12th, in celebration of National Drop Everything and Read Day ( D.E A.R. Day) both executives will drop everything in their busy schedules and join Jamaica Hospital Medical Center leadership in dedicating their time to read books to children on the hospital’s Pediatric Unit. The children will be gathered for story time and treated to a series of tales. Read more about Hospital and Casino Executives Dedicate Their Time to National Drop Everything and Read Day[…]

On a daily basis New Yorkers, especially low-income residents, face challenging financial and social issues. These factors can negatively impact their lives in many ways, most notably their physical and mental health. Lack of access to adequate housing, food, or safe and secure employment can impede their ability to seek and receive appropriate healthcare services for themselves and their families. Jamaica Hospital Medical Center is working to remove these barriers by offering free legal services to its patients. Read more about Jamaica Hospital Medical Center Announces Partnership with LegalHealth to Provide Legal Services to Patients[…]

The opioid epidemic continues to plague New York City communities. According to the City’s Department of Health, there were 694 confirmed overdose deaths from January to June 2018, and a fatal drug overdose reported every six hours. More New Yorkers die as a result of drug overdoses than homicides, suicides and motor vehicle accidents combined. In Queens, Jamaica Hospital Medical Center which operates one of the City’s busiest emergency departments; has experienced firsthand the detriment the epidemic has caused. Last year, Jamaica Hospital’s emergency department treated over 200 patients for opioid drug overdoses. Read more about Jamaica Hospital First In Queens To Join HealingNYC’s Relay […]

Retinopathy of prematurity (ROP) is a potentially blinding eye disorder that affects premature babies. It results in the abnormal growth of blood vessels in the retina (the layer of cells at the back of the eye that allows us to see). According to the National Eye Institute, ROP “is one of the most common causes of visual loss in childhood and can lead to lifelong vision impairment and blindness.” Read more about Jamaica Hospital Initiative Focuses on Vision Saving Service for Premature Babies […]

Jamaica Hospital Kicks Off Their Falls Prevention Tour This September

With an increasing population entering retirement age each year in New York City, Jamaica Hospital Medical Center has observed a spike in patients admitted to the Emergency Department due to falls. Read more about Jamaica Hospital Kicks Off Their Falls Prevention Tour This September[…]